How Google Chrome Corrupted my PC

What is Google Chrome? 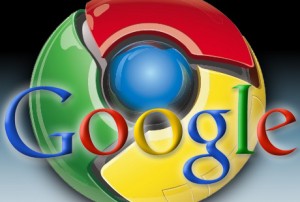 Google Chrome is one of the most (if not the most) widely used internet browser in the world founded in 2008 and competing head on with Firefox and Internet Explorer, another two big giants in the market.

In 2011 Google Chrome overtook Firefox in terms of market shares in 2011 and had only a small percentage before he surpassed Internet Explorer. In just 4 years, Google Chrome almost became the boss in the browser market. They released several updates improving the speed, software vulnerabilities fixes and non-trusting links, or so we thought. The security map of the browser compared Internet Explorer was another story. Some studies confirmed that Google Chrome was actually blocking only a small percentage of malicious links, an aproximate number of 12% (the same as Firefox) while Interne Explorer blocked 99% of the malicious links.

But since then they have released updates, a scanner that warns the person that uses the browser incase he bumps over any sort of malicious link and gives him the choice to click on that link or quarantine it. Also the security against hackers and numerous exploits that have caused problems have been widely enhanced to a great level.

That means, since the updates the users are more likely to get infected by downloading malicious files than getting exploited by hackers.

What is an internet browser?

An internet browser is a software application that gets installed on your computer and helps you to browse the world wide web, locating and accessing webpages, searching for images, downloading games, saving your passwords etc. Browsers translate HTML code, allowing you to read text, view images, play videos and listen to audio clips on websites.

Every PC gets a default browser (Microsoft Internet Explorer) by installing an operating system and gets later on updates that will enhance your browser with the latest features. An user can install any browser that he might like any time he wants without conflict between the one present since the installation and the one getting installed. There are many browser applications on the internet but the most used at the moment on the globe are “Google Chrome, Internet Explorer, Firefox, Opera and Safari, each of them having different qualities, advantages and disavantages, but serving the same purpose and that is providing the user with the power to surf on the web freely.

How was my experience with Google Chrome

I first start using Google Chrome browser about 2 years ago – around 8th May 2010 – after i began experiencing some difficulties with my actual Firefox browser at that time. Using Google Chrome has given me a great experience because it was fast, reliable, they were updating pretty often, so i was loving it. I continued using it until something strange happened around 14th April 2011. At first i thought it was a problem with my system since it looked more like a virus problem not a hardware or software.

The main issues i was having on 14 April 2011 almost made me facepalm my self 10 times. I was experiencing slow web browsing, the programs took 5 minutes to open, etc. This happened when i uninstalled Google Chrome browser. The worst one i have ever experienced came, and i was literrarly begging my computer to not do that to me since i had serious work to be done and obviously i needed a computer. The computer did not listen to me and infact he gave me  6 times Complete freezing, any file i would download would end up being corrupt, my files were getting deleted, hell, even my video card blew once.

I tried almost everything that day, i scanned my computer with an antivirus, optimized my firewall, i used an antispyware and a registry cleaner. Nothing worked, so i decided to reinstall the operating system. One year later, 3th of May 2012, i started experiencing again all the issues mentioned above, took the same measures and still nothing. It was outraging since again i had alot of work to do and the computer had a brain of it’s own. I scanned everything, used the command to scan for broken system files, nothing worked. I then asked people on forums what should i do to fix this problem. I got some advices, one of them proved useful to me and i managed to find the source of all problems. Guess what was the cause of all my problems – It was Google Chrome. I was stunned when i saw my registries getting messed up badly after i even uninstalled Google Chrome. All of this had a happy end though since i found some Google Chrome nuker that solved all my problems.

THE DARK SECRETS BEHIND GOOGLE CHROME

Apparently google chrome browser is one of the most “welcomed” spyware program on internet! If you are using google chrome you will notice that the ads displayed on various websites reflect what you had been browsing before. Suppose, you were looking for “t-shirts”. As you browse different sites containing google adChoice ads, you will start seeing “t-shirt” ads. This does not happen other browsers if you observe carefully. It is the google’s new algorithm that does it, but apart from that Google chrome tracks user’s activities even when the browser is shut down. The Chrome browser itself, is connected to your google account which constantly sends out private information about your activity which is recorded on your account even though it may not be visible to you.

Many people have reported that, if you try to uninstall Google chrome it will never be fully removed from your computer! If you try to, it can cause some amount of registry damage which can cause the PC to freeze from time to time, some sites may not load and will probably force you to reinstall the windows if the damage is too great.

On that day, i made a promise never to use Google Chrome browser again no matter what happens.