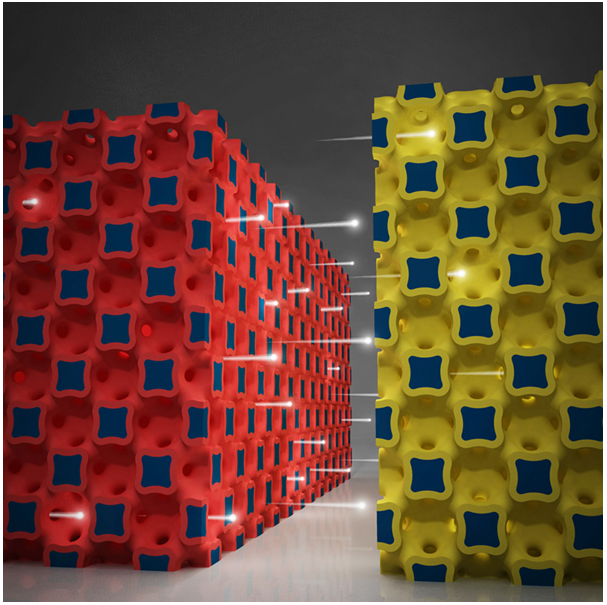 Microbattery - 3D image provided by University of Illinois
Help us grow. Share with your friends!

The ever growing processing power in the consumer electronics has caused the issues of battery life to come under the light. Ever increasing processing power naturally means more load on the battery, since it has to draw more current from it. This leads to the battery getting drained faster and requiring us to charge it almost everyday.

But, one new discovery and development has finally given some hope that micro batteries and huge power are no longer a distant future.

The new batteries being developed in University of Illinois can store more charge than the super capacitors and at the same time be charged instantly without long waits. The researchers have claimed that it can start up a dead battery of a car too!

So far, all the electronics got smaller and smaller, the processing power grew exponentially, but the technology for batteries has not changed much in the recent past. The new batteries which are extremely small and at the same time a lot more powerful than anyone has thought, said William P. King, lead researcher for the microbattery project.

The batteries are able to charge quickly because of the fast charging cathode design  materials science and engineering professor Paul Braun’s group.

This system gives capacitor like power with battery like energy. Most capacitors store very little energy, but they can release it fast. Most batteries store more energy but cannot discharge fast enough or cannot be charged fast enough. The new microbatteries can do both.

If the active device in the battery is made into a thin film, then this allows very fast charging and discharging, but this reduces the capacity to zero. This is because, the active material lacks in volume to store charge. The new method is to wrap the film around into a 3D structure. This helps in achieving more volume and more current.

They begin coating a surface with tiny spheres, packing them tightly together to form a lattice. Trying to create such a lattice is difficult and time consuming, although due to tiny size the inexpensive spheres settle into place automatically. The spheres are coated with a metal film, which is then heated causing the spheres to melt. This leaves the whole structure into porous 3D metal scaffolding. Process of electropolishing is used to etch away the surface of the scaffold to enlarge the pores and make an open frame work.

This whole process results in a bi continuous electrode structure with small interconnects through which the lithium ions can move rapidly. A thin active material with good conductivity.

Any battery material can be deposited on the frame can be used. All that matters is the thin active material!

The new microbatteries can be used anywhere, where the energy demands were high along with high processing demands. The application of this new technology is anywhere from modern consumer smartphones to laptops, electric cars which will remove the energy constraint from the device making them more powerful for the near future!