Off to Lonavala and back with failed batteries – monsoon roadtrip

It was the first day of July and yet no real monsoon rains here in Mumbai. (Dont forget to know the reasons for less rainfall in India.) The clouds covered the whole sky with sun peeping down on the ground frequently through the holes in those clouds. The weather was pretty humid and hot, a little walking would result in shirt soaking sweat. We decided to go off to Lonavala (a mountainous region in the Great Indian Peninsular Plateau). The place being much higher above the sea level remains cool at around 23 degrees Centigrade to 26 degrees Centigrade, and that is why it is one of the most visited picnic spots. Another reason being that it is on the way to Pune, Bangalore, etc. Lonavala is one important gateway to go through when you have to travel to inner part of Maharashtra.

The clouds with silver a lining 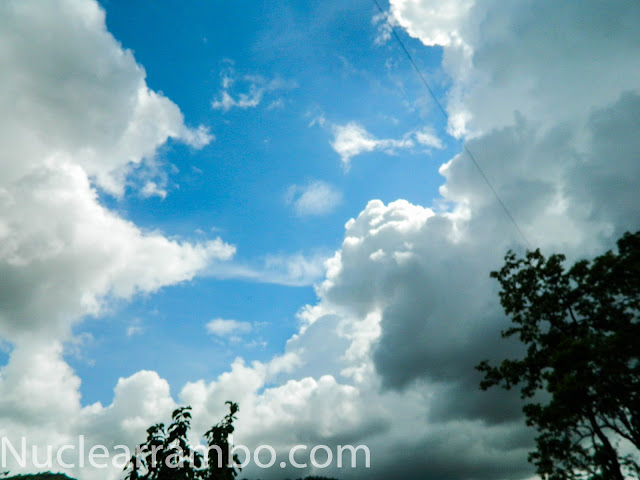 As we began our journey to Lonavala from Mumbai, there was no rain and the clouds exposed some beautiful clear blue sky and the sun created a nice bright silver lining on the clouds. 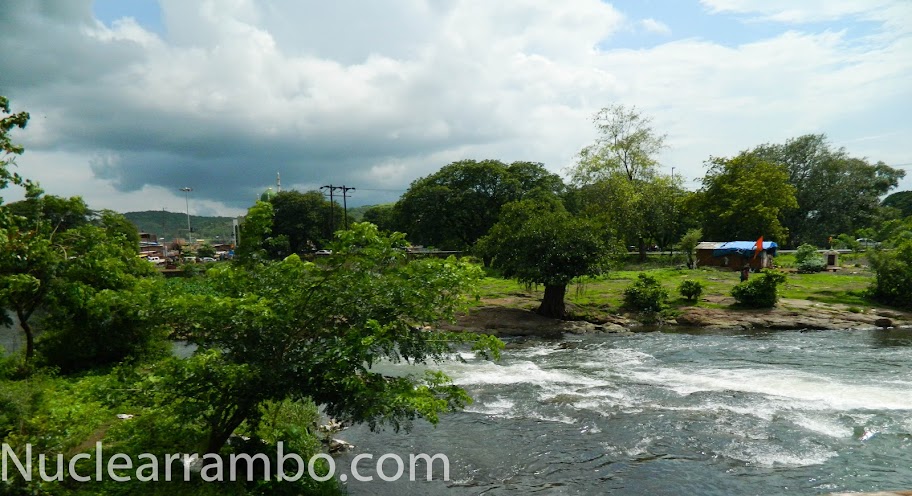 As we moved further away from the city, we came across a gushing stream of water. It was a clear indication that there are heavy rains ahead in the mountains. 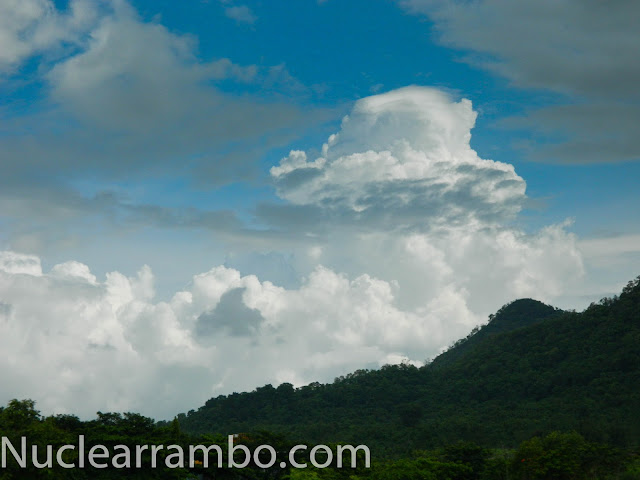 Large cumulonimbus clouds began to appear right behind the hills, another indications of rain is on its way. 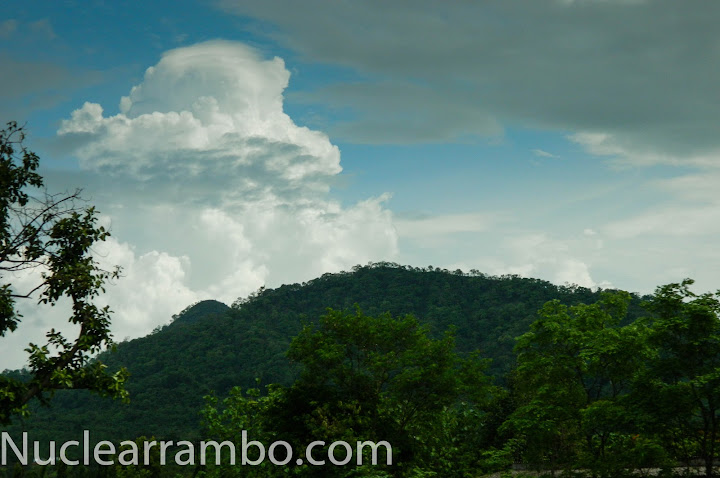 Cumulonimbus clouds tend to contain a lot of moisture. The sun heats up the land and as the warm air rises, it creates an updraft of warm air which pushes the moisture higher up in the atmosphere. As the moisture rises higher, it condenses around dust particles.

Those dust particles then form into ice. Because of rapid updraft of warm air, the ice rises higher above until more moisture condenses. After it becomes heavy enough, it falls a bit lower. The continuous updraft pushes them back higher. This happens for a number of times until the air current cannot hold it further.

As this process occurs, there is a lot of collisions happening among the ice crystals which generates a large amount of static electricity. That is why, cumulonimbus clouds contains extremely large amount of energy which comes down in form of lightning. As well it holds large amount of water. These clouds are responsible for thunderstorms. 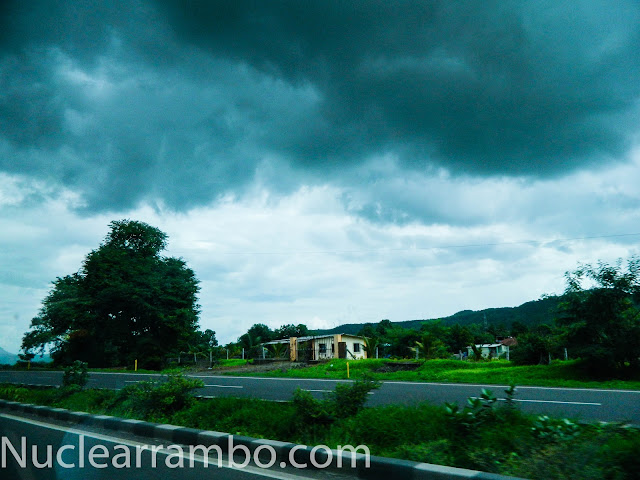 The real dark clouds began to appear and it covered the blue sky like a thick blanket. 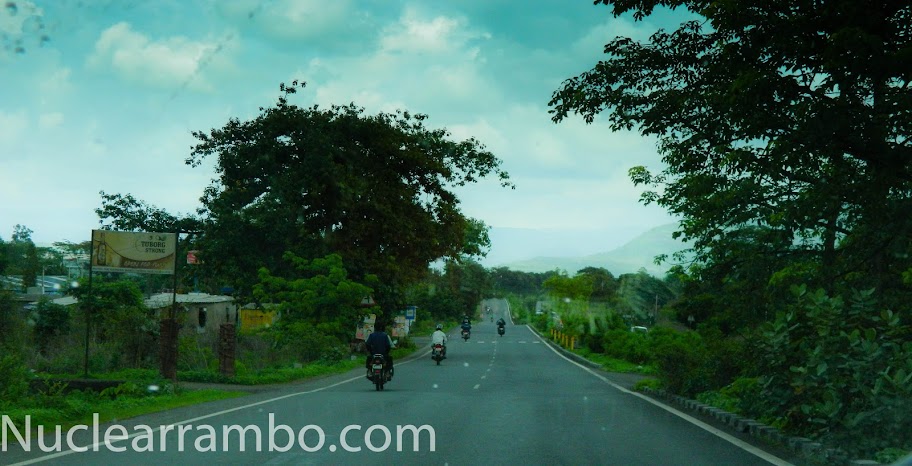 The road goes on forever! 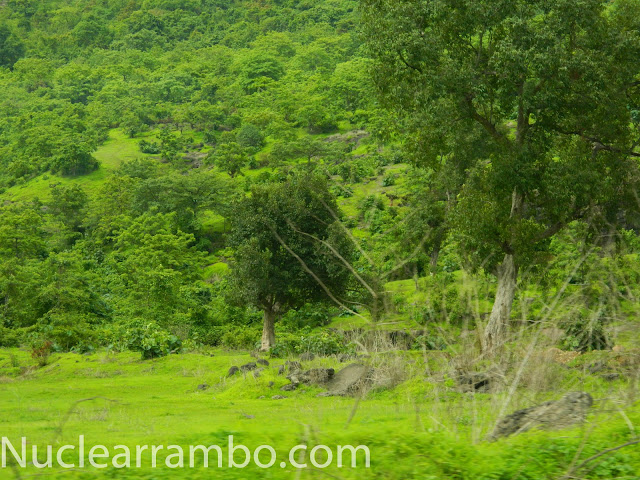 The place that you are seeing was completely burnt because of summer heat during month of April and May. Slight amount of monsoon showers have awakened the sleeping beauty! All the mountains and hills and even the rocks were covered with lush green vegetation. The sight and the freshness of the landscape was so wonderful that it would wake you up from materialistic urban life. 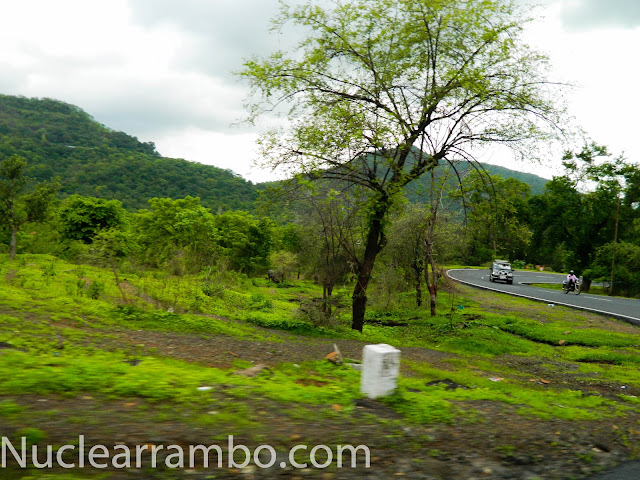 Unfortunately, the camera ran out of battery because I had forgotten to charge it last night. The amazing scenic beauty of the landscape is jaw dropping as we climbed higher into the mountains. The steep valleys covered by thick layer of clouds and different species of Egrets and Storks flying, with a tailor bird calling once in a while made the trip wonderful.

I wish the battery lasted a bit more!

You can check out my previous monsoon roadtrip and the photographs. The only difference is, I had captured those images with a nokia N72, while now I have a Nikon L120.