It is believed for some time that Saturn North Pole Hexagon is a storm with a big vortex point at the center rotating at about 320 miles an hour or 150m/s, with a diameter of approximately 8.500 miles across and rotation period of 10h 39m 24s. This information is physically stated and present everywhere on the internet.

In the present time, more and more people started to look beyond the mere physical aspects of what Saturn’s Hexagon storm actually is. 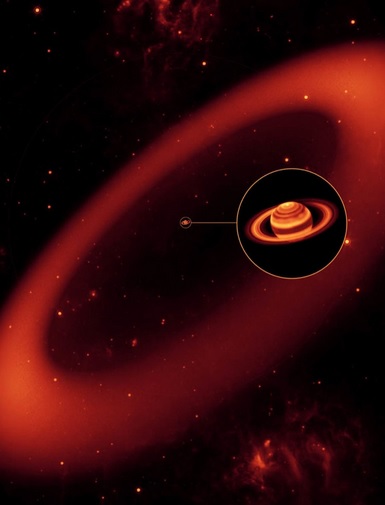 Henceforth the rumors about Saturn North Pole Hexagon being an artificially made using ancient technology created by Anunnaki.

Who were the Anunnaki?

Wikipedia offers a vague description of what they were in reality. To put it short, Anunnaki were the oldest civilization of “humans” that managed to advance so far in technology (same as we are doing) unlocking hidden secrets of the universe, discovering keys to the fifth dimension.

There was a myth where Anunnaki became so greedy for gold that they left Earth to find new sources of gold and returned back during the Sumerian era.

Equally important, another myth say Anunnaki created the human race using genetic engineering mixing animal genes with their own gene for the sole purpose of becoming their slaves.

It is also believed Anunnaki was using a lot of black magic. Most compelling evidence was the creation of Saturn’s North Pole Hexagon, the destruction of Mars (through massive wars) using advanced weapons of destruction or Moon’s creation.

Satanism heavily influenced the world with numerous signs and rituals (used during Anunnaki times) in almost anything we come across.

To put it another way, conspiracy theory revolving around Saturn might be part of the story of black magic as well.

Judaism, Hinduism and Occultism and also of Freemasons.

In fact, can even be some sort of control spell cast in ancient times that lasts to our days still. 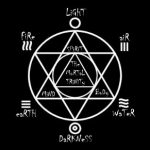 In addition, it is believed 6 pillars were created artificially binding the storm to not go rogue pushing the magnetic force into staying completely still but rotating.

The Storm in the middle is a gate to other worlds (or rather gates of Hell may be worth mentioning).

Take our Moon as an example. Probably a lot of people realized there is something wrong with how it rotates including dark sides not exposed to us.

It is rare enough for a sky object to rotate in perfect orbit like a geosynchronous satellite.

Why our Moon though? Why haven’t we managed to get on the dark side of the Moon to investigate? Or did we?

The lunar landings were obviously a hoax but what if there is classified information about space missions having taken place?

What if there is some hidden technology on the other side of the moon? Why so much secrecy?

Obviously, there is just too much-classified information to tap further into and same goes for Saturn.

Scientists claimed they have solved the mystery of Saturn’s hurricane using fluid dynamics in laboratories, but are they right?

They created the experiment artificially as well, did they not? However, Saturn’s hexagon storm is real, it is there, for decades to come.