Is there a God? – A Scientific explanation to existence

One week ago, i mentioned about life after death, what does it happen actually (proved), if there is a life after death and  what we turn into once we pass on to the other world, The Spirit World – Our real home and the Seven Realms. If you haven’t read the previous posts and want to read it use our search function on the right side of the blog. Today we talk a little about “Is there a God?” 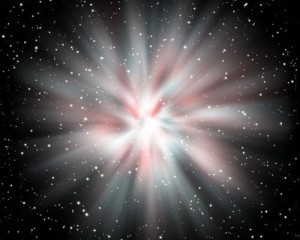 IS there a God? EXISTENCE OF GOD

Many tribes, ancient civilizations, present time countries, have always kept and still keeping records of an enormous energy that created us and takes care not only of us humans, but millions of other species of animals and plants or you could call it as a whole – Nature – . Over the time, these records have presented us many stories, some even seem impossible to agree with, many religious books (eg.Bible) that were providing serious proof that not only does God exist but even proof about life after death (meaning Heaven and Hell or The Seven Realms we have spoke of).

Now, we ask ourselves, why do we have so many records of God, many of these records being unique in their own style (eg. Christians have God, Greeks had Zeus etc) if there would be no proof in the end of a God. There is no possibility whatsoever that in each and every country/civilization there was a madman (simultaniously) invented a fake God just for some specific reasons. Truth is, we have evolved so much since we have reincarnated as humans that there is no need for a visual faith in order to believe in the existence of God, except for the ones that refuse conditioned faith in God for different reasons.

Many of us, still believe God is a person sitting on a cloud or a star coming down to Earth whenever we need him (and pray to him) and ends there. Don’t take me wrong, i do not make fun of those people, but i’m afraid the probability of that is not 100% certain.

What God really looks like then? God is energy, that energy is infinite, we are part of that energy and we always were, actually God is in each and every one of trillions and trillions of atom particles that builds our physical nature, not to mention the souls from another dimension which are even more complex. The stars, dimensions, galaxies, planets, dark matter (if it was proven), the whole universe is God. But don’t be mislead, there is not just universe, there is a whole bunch of them, probably an infinite number. The vastness and hugeness of each one is immessurable. Tell me, how can such incredible, infinitely powerful can just appear out of nowhere without any reason? Except that we know the reason: There was a cause (God) for that effect (Universe) to appear. And imagine just how much energy did it need!! We can take the vastness of the universe or, if you prefer we can just do it locally: Our planet Earth. Our Earth supports LIFE, we have evolved into special beings, being able to think and have free will (something that animals lack due to their evolution status). Because of those features, we found a portal to God (a small one). And so, our Earth became our reincarnation “spawn zone” for many eons that passed and are yet to come.

DISCLAIMER: There are certain points that can be controversial, we advice you to read previous posts linked in the first paragraph before you begin to comment.