Getting VHF station up and running

Days after clearing the ASOC examination, I finally got an official callsign – VU3XEN. The callsign would be useless if I have no means of communication. This post is going to be really short where I would be describing the process of getting a VHF station up and running in no time (given that you have all the necessary resources).

There are three things that you need; a transceiver, cable and an antenna.

Speaking of the transceiver, I acquired the good old ADI AR-146 with the help of VU2XFE and VU2SDZ. It can pump out 45W of RF power and it has a pretty good sensitivity of -124dBm. Additionally, it comes with a simple to use front panel interface. All you got to do is plug in some 13V of DC power and attach a microphone with PTT button and you are all set to go on air.

The antenna is another important factor that will make or break your setup. A good base station with a not so good antenna is enough to leave you with no QSO. There is no need to invest anything more than $10 for a decent communication within city boundaries given that you install the antenna in a well thought of location at your QTH. I live in a densely populated city with massive concrete skyscrapers surrounding me. There is a tremendous amount of signal attenuation occurring which prevents me from communicating with hams without transmitting higher power.

If we had of true line of sight, even 1W of power is sufficient to establish communication over tens of kilometres. Any obstructing element in the path of RF will lead to attenuation. In my case, the building structures introduce tens of dBs of attenuation preventing my signal from reaching any further than little over city limits in certain directions.

I have found my reach extending a lot further wherever there is an open path for propagation. Here is a rough map of my signal reach. 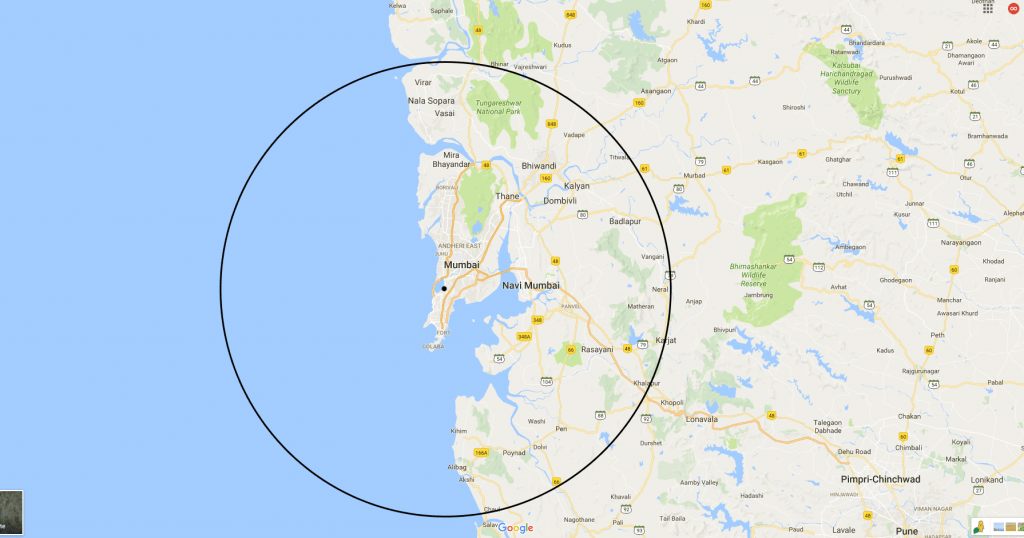 Approximate reach of VHF signal from my QTH

What kind of antenna?

There are so many antennas to choose from. A quarter wave monopole, classic dipole, ground plane antenna, multi-element yagi-uda and the list goes on. The dipole being the simplest, easiest and the oldest of all the antennas became my choice automatically. VU3OEA was kind enough to have one made for me and install it at my QTH. 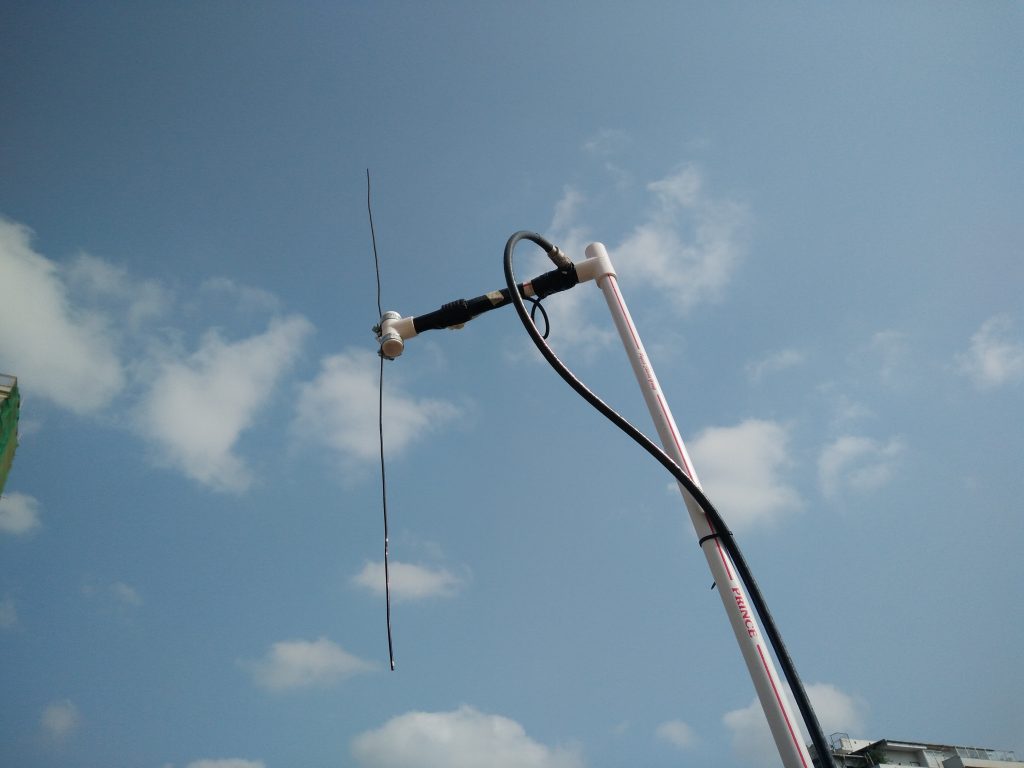 For making the dipole work at 145MHz, we need two quarter wave segments of thick copper wire. The choice for going with thick copper segment was to keep the dipole elements from folding themselves due to gravity. Further, the two enamel copper segments are soldered to a piece of RG58 cable. The center conductor of the RG58 gets soldered to one of the copper segments. On the other hand, the shield of the cable connects to the other copper segment. A PL259 UHF connector on the end of the RG58 enables us to connect just about any cable. The cable we are talking about would be running down to our transceiver. Since I have a large bundle of RG213 cable lying around, it automatically became the cable of choice for this setup.

Making the entire structure stand up on a cheap 10 foot PVC pipe was a job that took 30 minutes of our time. It is important to tie the cable to the pole to prevent it from swaying with the wind and bring the whole thing down. 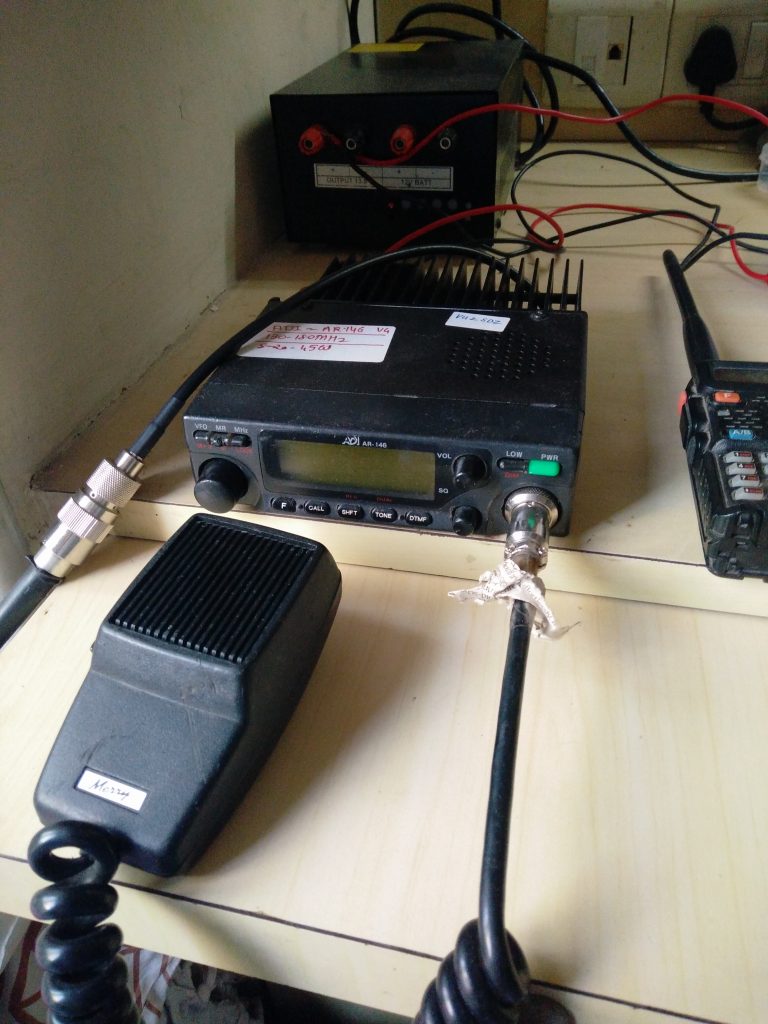 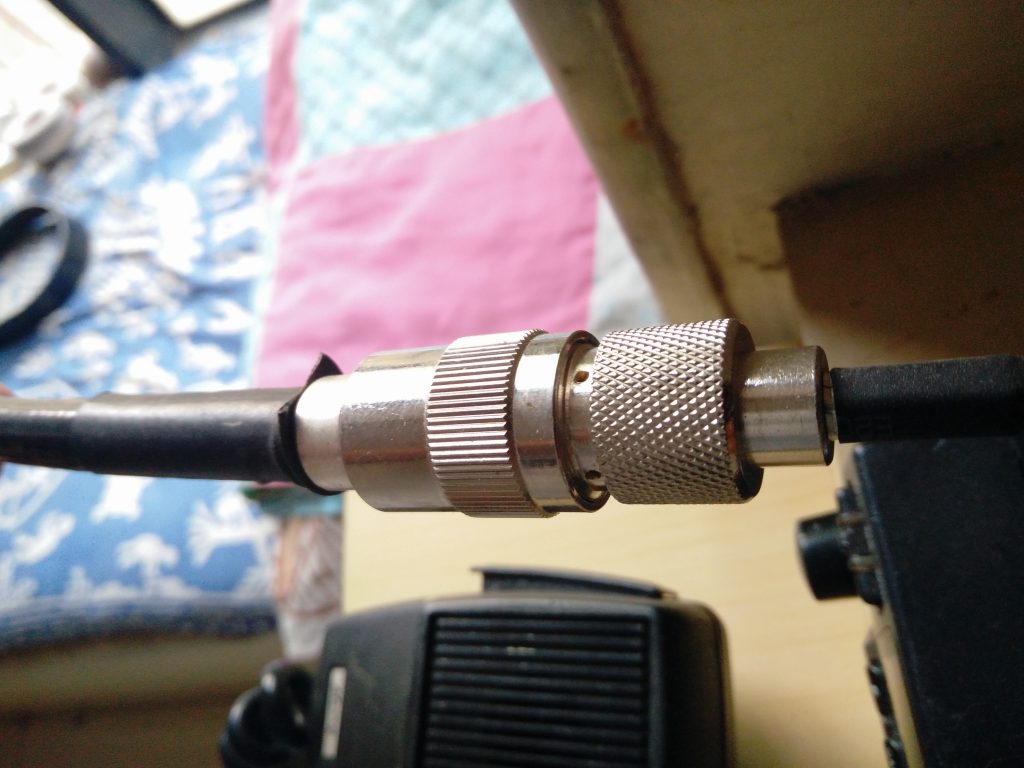 My further plans are to make the dipole arrangement a little more rugged for the monsoon to come. Obviously, without putting too much money.

Definitely, there is a lot of room for improvement. Do let me know your thoughts in the comments below. Standing by!