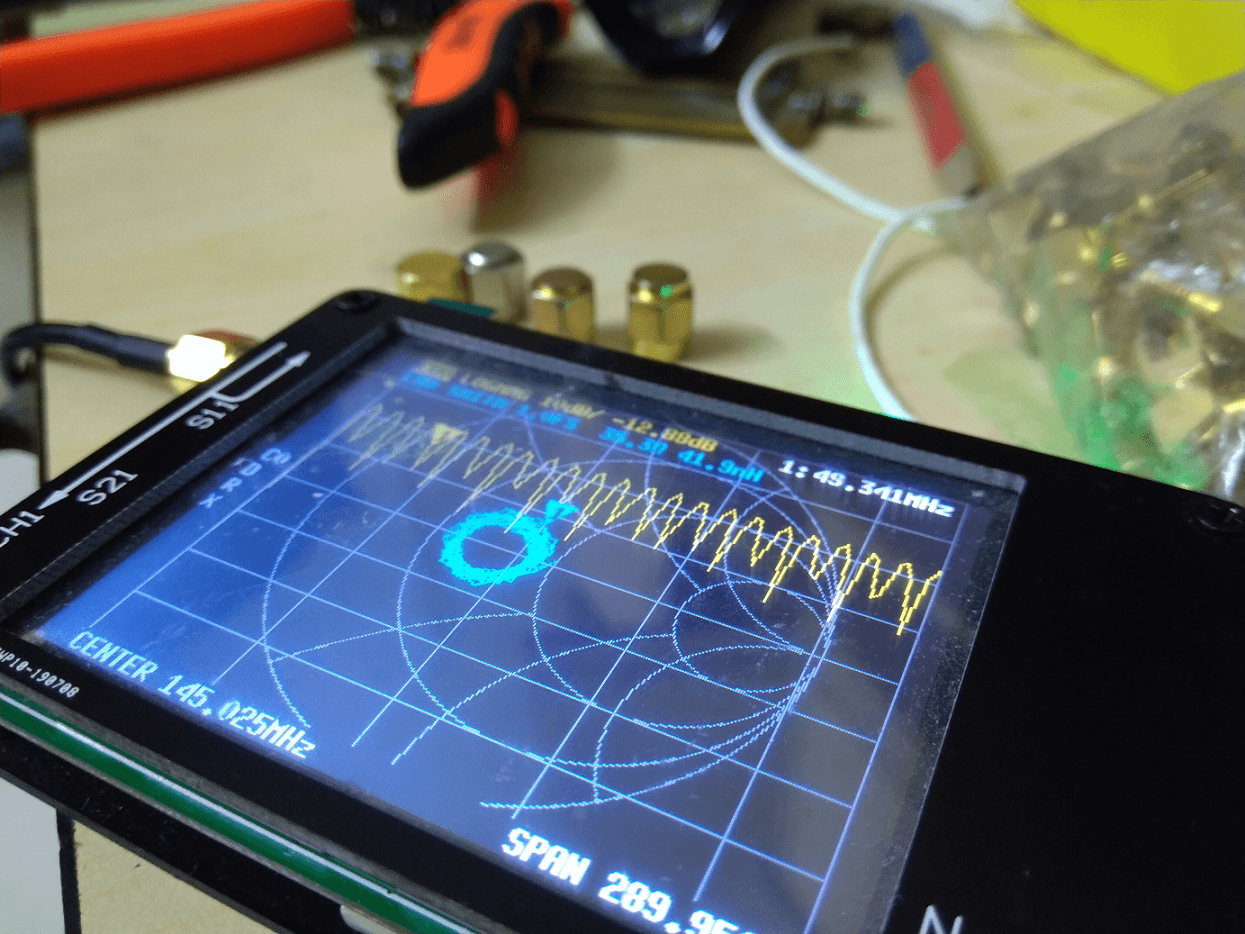 NanoVNA TDR impedance
Help us grow. Share with your friends!

We have gone over NanoVNA so many times in the past. I did a complete review of the inexpensive NanoVNA last month. Furthermore, I compared it with the super-expensive Keysight N9952A Vector Network Analyzer. Finally, I wrote a small script to compute the TDR response from the S-parameter data that NanoVNA gave us. Today, I wrote a small extension to the TDR script to plot the impedance profile of a cable. In this article, we will go over the basic mathematics involved to compute the impedance profile and finally, you all get the script to try it out.

Computing TDR (time domain reflectometry) from frequency domain data results in what we call as the “impulse response”. In other words, it’s the response of the DUT (device under test) when we inject an impulse. In our previous test case where we used a segment of a cable as the DUT, the impulse went through the cable and reflected back from the open end. Remember that in our case, this impulse is imaginary because we are never sending it in the first place, instead synthesising it using the Inverse Fourier transform.

According to a Keysight Application note, we can derive the impedance profile of the cable if we obtain a step response instead of an impulse response. Now, what is a step response? The step response is when we apply a sudden step signal at the input of the DUT. A step looks like the sharp square wave except that the voltage transitions from 0V to 1V (or whatever volts) and stays there forever.

For those of you who don’t know, you can obtain a step response of the DUT if you already have the impulse response.

In order to find the step response of any system, we need to convolve the impulse response with the step input.

Since, TDR response is \(0\) for \(n < 0\), the lower limit of the summation changes. Additionally, we are only interested in convolving up to \(N\) where \(N\) is the number of \(FFT\) points.  Thus, the equation changes to the following

Once we obtain the step response, we are very close to plotting the impedance profile. Remember, that the \(S_{11}\) is return loss. We need to convert return loss into impedance \(Z\).

To do so, we follow a simple derivation below.

Now, let us try to implement this in Python.

As mentioned earlier, the TDR script gives us the impulse response of the DUT. We now compute the step response by adding a few lines in the script.

Step response of the cable
Python

While testing this script, I created two test scenarios. One, with the short-circuited-ended cable. In another scenario, there are multiple cables with difference impedances and a \(50\Omega \) termination. The first cable is a \(50\Omega\) RG316, then a \(75\Omega\) RG6U and finally another \(50\Omega\) RG58. Finally, a \(50\Omega\) resistor terminates everything. 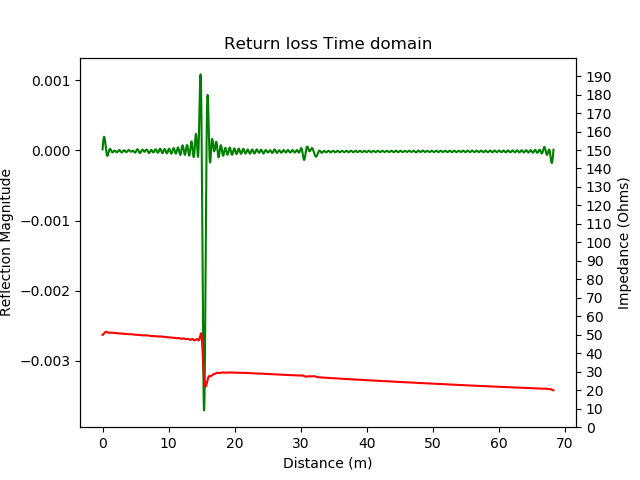 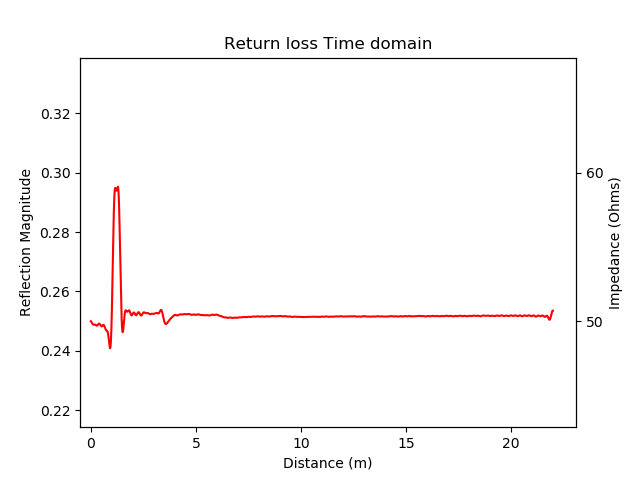 Here, there are 3 cables. First cable is 50 Ohms, the second is a short section of 75 Ohms and the third section is 50 Ohms. Finally, it is terminated with a 50 Ohms resistor.

There are two things to observe above. The impulse response peak and the sudden spike in impedance align quite perfectly. The second thing to note here is that the open-ended cable shows a good \(50\Omega\) impedance until the point of short circuit. After the short circuit, the impedance settles down to \(0\Omega\).

In another experiment, I terminated the cable end with \(100\Omega\) like shown below. 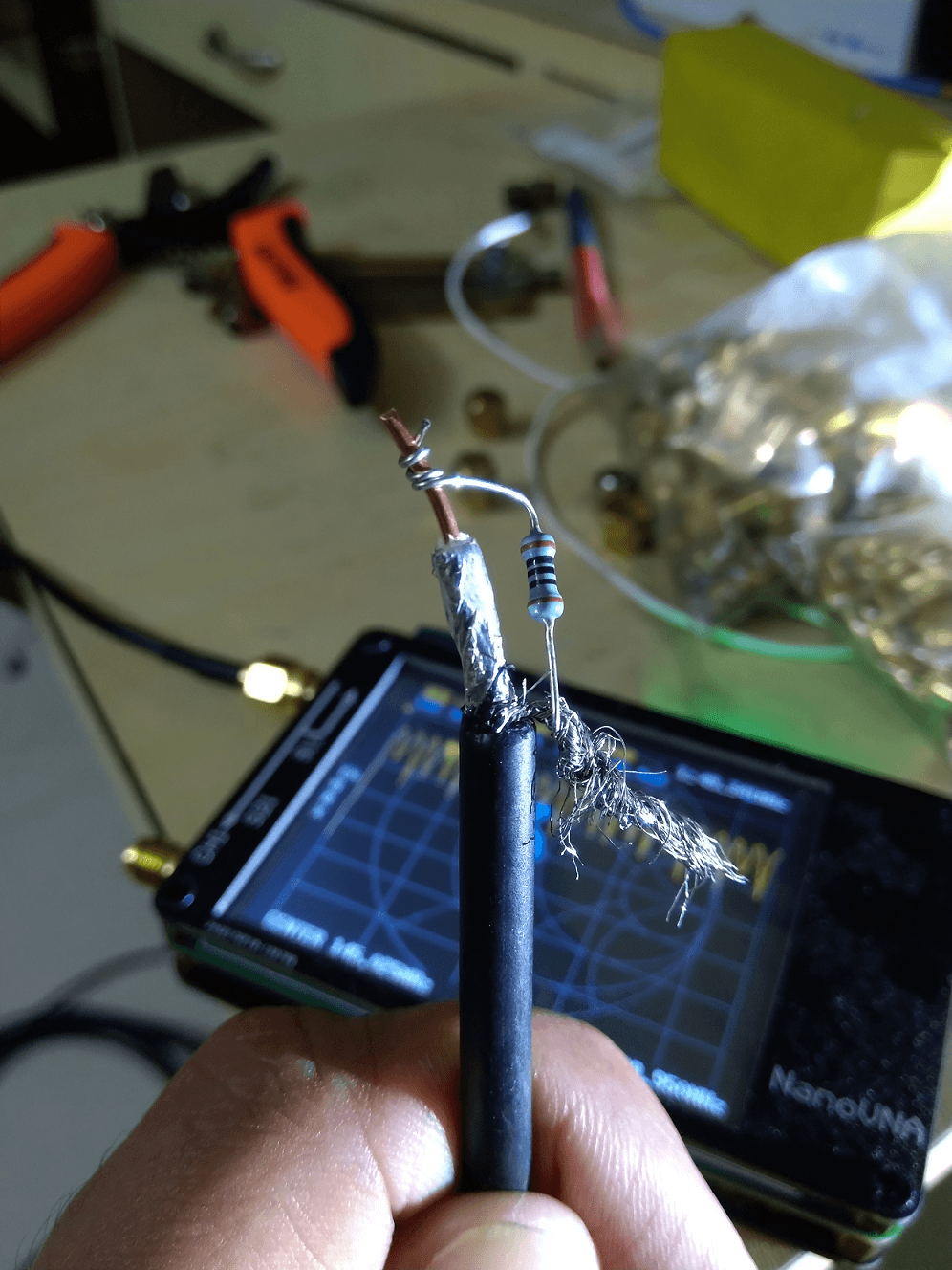 The cable terminated with a 100 Ohm resistance 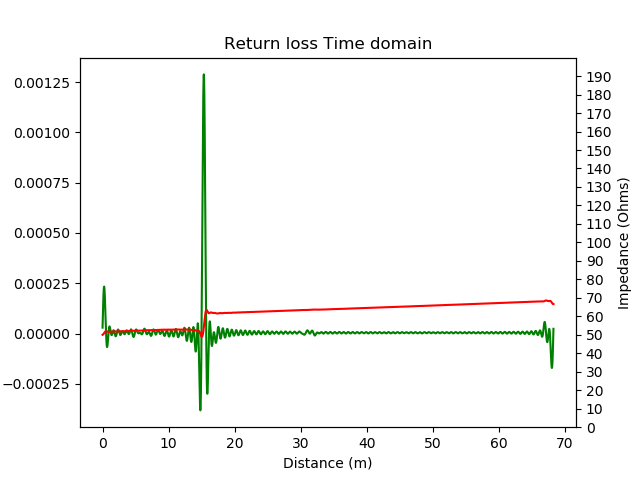 The full script is below.

Let me know what you think about this script in the comments below.

If you haven’t purchased a NanoVNA yet, go ahead and get one. It’s worth it!