Windows blue logo
Help us grow. Share with your friends!

It has been been more than 6 months since the release of Windows 8 in October of 2012 and there has been news about Windows 9 Code named Windows Blue already! Windows blue is expected to be a major fixation over flaws in windows 8. Recently it was announced that microsoft would be following a faster release cycle which will allow them to release updates and new features every year. Windows blue is the first release for this new product release cycle adopted by Microsoft.

The new product release cycle is also adopted by Apple.

Windows blue was supposedly under development since last 3 months. The latest leaked Windows blue build 9364 confirms that there has been some progress in related to this new release which is expected to arrive in May-June 2013. Let us go through the major changes that can be observed in the build: 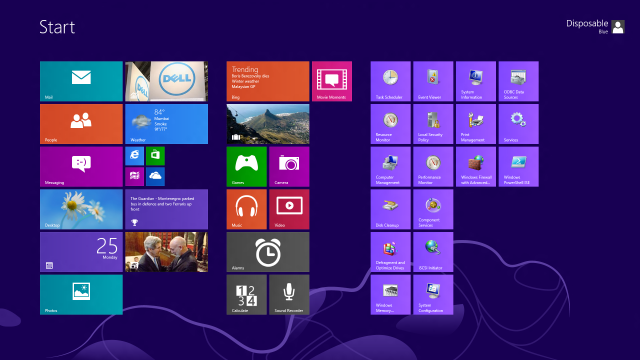 2. The startscreen has more customisation and personalization options.

3. In the windows 8 mode you can resize the tiles more flexible. The screenshot below will convey what I am trying to say exactly. 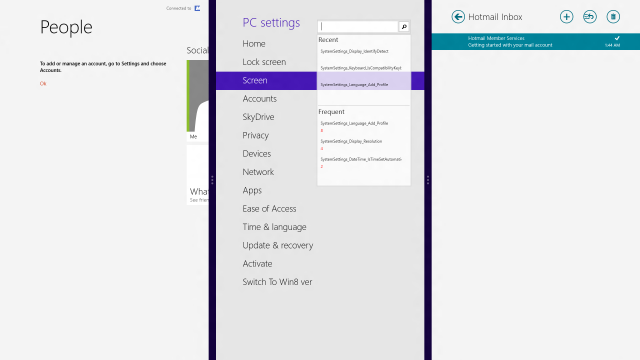 Now compare this with the Windows 8 which allows only 2 apps to be open on the screen at a time with one being forcefully shifted to either ends of the screen.

4. The new Windows blue comes out with extra metro apps such as calculator, sound recording app, Alarm clock and Movie moments. Movie moments seem to be an odd version of Movie maker from windows XP. This one is dedicated in the metro user interface which will be kind of useful to users having touch screen.

7. Slide to shut down The build is believed to be Milestone 1 on the path to Windows Blue. The whole ISO is 2.63 GB large and comes with a filename:

The file seems to have originated from the USA.

The original ISO can be downloaded using this Magnet URI:

On a ending note, the changes to the new metro interface are definitely on a path to improvement and I am already liking it. Microsoft has previously made tremendous changes to windows which people have always hated in the beginning, but then again, the new improvements that come along the path makes everyone like it. This is what seems to have been happening right now. Although, one cannot make a product which will make ‘everyone’ happy. There will always be people who will hate certain things, while others will like it and be happy.

Currently, I have installed this over a virtual machine. I shall post a lot more screenshots as soon as I install it on my test machine.