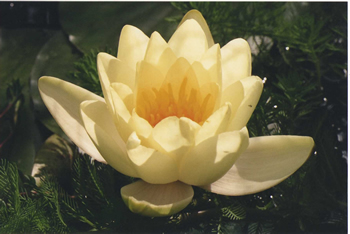 Why have i chosen this topic about reincarnation? I believe it was an inspiration and a desire to inform people about the possibility of being born another time on Earth of on any other planet existing in the universe, with the same energy level (human being).

Let us understand what is Reincarnation

incarnnation means exactly what it sounds – a physical body occupied by a soul. An incarnated body cannot move, or function at all without a residing soul. The process of incarnation is, and will always be through old fashioned reproduction of every being (eg. on this planet) or what we call a “birth” (or being born).

Every being dies in a moment in time, and when they do, their soul leave their body and transcend another dimension, infinitely beautiful – being closer to God –  The Spirit World (our true home). If you don’t know what Spirit World means, you can read my previous posts on the subject – Is there life after Death –  or  –  Life in the Spirit World –

What happens to souls that want to get reincarnated?

After a soul arrives in Spirit World, he/she normally spends some time there before wanting to repent genuinely for their sins (lower realms) or the will to get more experience and knowledge (higher realms). When a soul from a lower realm repent for their mistakes genuinely and wish to get “reborn” (reincarnated) souls from higher realms shall come down and help him to the process of getting reincarnated.

Souls from higher realms can choose freely whether to remain or try to reincarnate themselves as the others. Most of the times, good souls end up evil, being influenced by the evilness that engulfs the Earth. The Evil aura is caused by the massive negative thoughts that our mind materialize, affecting all of us at once. Our minds are the ultimate weapons of creation and destruction, therefore, if a group of people think something like “Earth will blow up”, ultimately it will happen depending whether they are serious about it or it’s just a word. Because of this influence, many good souls (as i mentioned) end up more evil than they ever were, or choose (subconsciously) to go to Spirit World, a choice that ultimately brings death to the physical body.

Sometimes, after certain age spent on Earth, beings (but not all)  start to experience weird dreams about past life events.

For example, one man died after being shot 4 times in the chest when the World War 1 started (let’s say 1915). After the man left his physical body, he trancended to Spirit World, spent some time there and then he wished to get reincarnated and he followed up the same process of normal birth. At the age of 19, he had a weird dream (which seemed more like a real event than just a dream) that he was in the war, and he got shot 4 times in the chest. After he woke up he felt massive pain in the chest right at the place where he was shot. On top of that he felt that the dream he had, was somewhat personal and connected to his life more than anything.

These past life events happens very often to many of us on earth, and there are many many sites hosting such stories which cannot be just invented.

If we have free will and we are so advanced, what about beings like dogs, cats etc. Do they choose to reincarnate too?

The beings that have a level of knowledge and experience lower than us, have a static set process of reincarnation, until they get on the same level as humans. Therefore they lack free will to reincarnate whenever they can as humans have. The difference however is the instinct of energy conservation, the pureness cannot be influenced at all on Earth by negative thoughts of humans. The only one that has power to do so is Nature.

We were such pure beings at the beginning aswell, we still are! The problem is the society and the concepts surrounding us. Since we come down on earth and are in our mother’s womb, we are pure and have infinite energy. Soon after that however we get influenced by the current sick world filled with negative thoughts and we begin to channel our energy towards negative than remain on the positive side. We can observe that children always have the need to play, have no worries over what happens to the world, they don’t worry about money (at least the old generations), they are very pure even though they make some mistakes. That however dissapears as soon as we involve more with the society and face problems of money, manipulation, education, work etc.